Today I came across a situation where some people wanted to print and sell some T-shirts with a logo on it, thinking that it was perfectly fine.  However, is it?

Two years as part of my Professional Practice course for my Bachelor of Fine Arts, I was required to blog about certain lectures such as the place of art within the law.  Inspired by the above situation, i’m going to re-blog my original articles for anyone wanting to know more about art and the law.

Art and the Law?

<== Copyright: Am I even allowed to use this picture??

This week’s Professional Practice lecture was a bit special and was attended by the fine arts and design students on how consider the legal side of their practices, which was presented by Robyn Ayres from Arts Law. Arts Law is an organisation based in Sydney who gives advice to artists based on legal and business issues.

The first issue discussed was on Intellectual Property and copyright.

Then we talked about Intellectual Property and it’s relationship to the internet and that having a website incorporates many opportunities and risks.  Websites can’t be copyrighted as a whole, but is broken down in to pieces such as pictures, text, animations/ film, music and computer programming (which is also included as text).
Advantages of a personal website:
Disadvantages of a personal website:
Advantages of using social websites:
Disadvantages of using social websites:
Terms and Conditions offered by social networking websites:

To be continued in part 2… 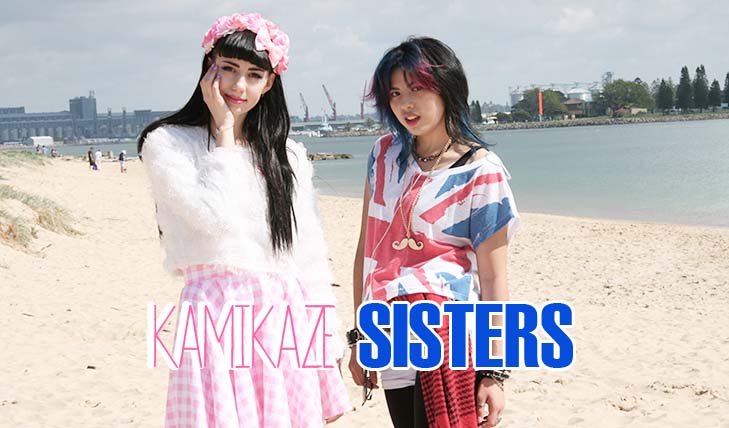 It feels weird writing this post so long after the event, but I need to do it for uni, so here I go.

Back in September my friend, Manon and I collaborated and did a performance artwork together in two of the shop window at NANA gallery, Newcastle.  Now you’re probably wondering “what is a performance artwork?”, so i’ll explain that first.  In this particular instance, the artwork isn’t something static like a drawing, but an action; something that only exists within the time its created (it needs to be documented via photos if you want to see it again).

So what exactly was our action?  Well, Manon and I are artists who both have our own individual styles, (she sews and I draw and write), in this artwork we wanted to show how the life style of the artist can be as important as the finished works themselves.  So one of the days we went in and worked within the windows.

This is what the blurb and invitation looked like: 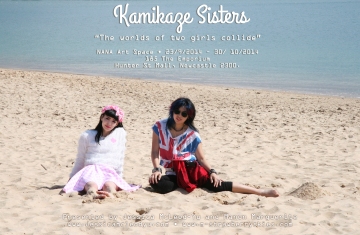 Manon Marguerite and Jessica McLeod-Yu present:  “Kamikaze Sisters – The Worlds of Two Girls Collide”
Inspired by the movie Kamikaze Girls, a story where two girls of different styles come together and become friends.
These two girls will install their artworks in two shop windows, one representing the artist’s atelier, and the other as a commercial public display.  To exhibit not only the artworks produced by the artists, but also to present the idea of the artists’ image and lifestyle as a part of their discipline.  Both of the artists work in different mediums and have their own individual aesthetics, yet they both work towards a common goal of creating their own brands.
The exhibition will be on display from the 23rd – 30th of September, however on Thursday the 25th both Manon and Jessica will perform together within the Shop windows from 11am – 12pm

And here are some shots I took while setting up:

It’s was had to take pictures in the day because of the glare, however Manon managed to take a photo at night which I think looks heaps better than in the day. 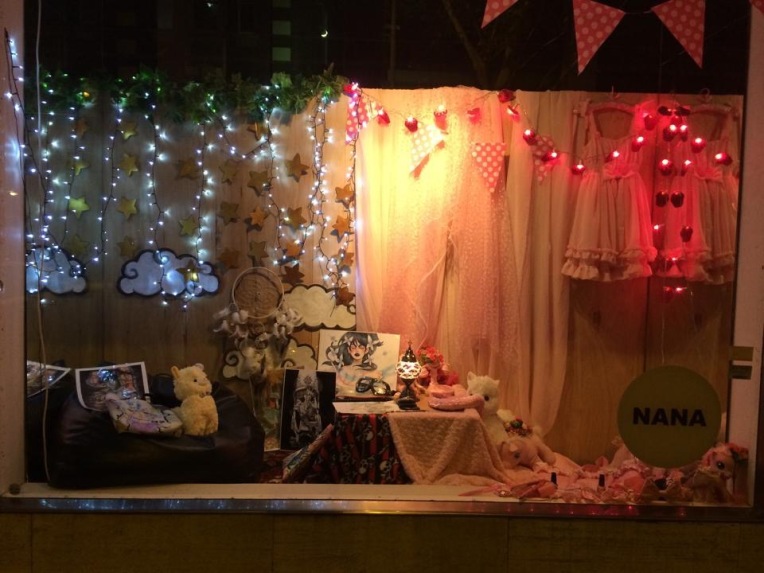 For me, this whole project was an experiment for uni to learn new ways of identifying my Artist Persona and discovering new ways of presenting my art in a new spaces, though I have to say that the process was very tiring and time consuming (preparation included).  To be honest, I don’t think the Fine Art world is for me, but at least I can say that I tried it.  As I said before, this was an experiment to see what would happen.

Also, I had a lot of fun getting to know and working with Manon.  She’s an awesome girl who did more than her share of work, especially when she packed up my stuff when I went to hospital, so working together with her was definitely my favourite part =)

All works are copyrighted © and belong to Jessica McLeod-Yu. Please keep source links when sharing content on other sites. Do not use for personal use without permission.